What Does CBD Stand For?

What Does CBD Stand For? 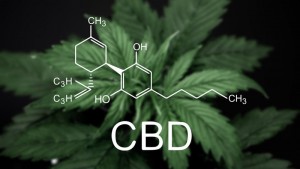 What Does CBD Stand For

So what does CBD stand for?

I’m sure you have been hearing about CBD everytime you turn around.  CBD signs are popping up everywhere, but what is it and what does it stand for?  Below is a quick breakdown of what does CBD stand for?, it’s benefits, and other cannabinoids found in nature.

CBD stands for cannabidiol which is naturally found in hemp plants.  CBD is a completely natural substance that is derived from hemp plants. CBD comes from the cannabis plant. People refer to cannabis plants as either hemp or marijuana, depending on their level of THC. Hemp plants that are legal under the Farm Bill must contain less than 0.3% THC.

CBD oils extracted from hemp are oils that contain concentrations of CBD. The concentrations and the uses of these oils vary. Cannabinoids are the actual molecules within the cannabis plant that provide the medical properties.

The most popular or well known cannabinoid is tetrahydrocannabinol (THC), which is more commonly marijuana or “pot” and found to create intoxicating or psychoactive effects.  Marijuana contains both THC and CBD, and these compounds have different effects.

CBD is different. Unlike THC, it is not psychoactive. This means that CBD does not change a person’s state of mind when they use it. CBD does appear to produce significant changes in the body, and research is showing that it has medical benefits.

The Most Common Cannabinoids Found in Cannabis

THCA is the main constituent in raw cannabis. THCA converts to Δ9-THC when burned, vaporized, or heated at a certain temperature. THCA, CBDA, CBGA, and other acidic cannabinoids hold the most COX-1 and COX-2 inhibition, contributing to cannabis’ anti-inflammatory effects. This cannabinoid also acts as an antiproliferative and antispasmodic.

The most abundant cannabinoid present in marijuana, THC is responsible for cannabis’ most well-known psychoactive effects. THC acts as a partial agonist at the CB1 and CB2 receptors. The compound is a mild analgesic, or painkiller, and cellular research has shown that it has antioxidant activity.

CBD has tremendous medical potential. This is particularly true when the correct ratio of CBD to THC is applied to treat a particular condition. CBD acts as an antagonist at both the CB1 and CB2 receptors, yet it has a low binding affinity for both. This suggests that CBD’s mechanism of action is mediated by other receptors in the brain and body.

CBN is a mildly psychoactive cannabinoid that is produced from the degradation of THC. There is usually very little to no CBN in a fresh plant. CBN acts as a weak agonist at both the CB1 and CB2 receptors, with greater affinity for CB2 receptors than CB1. The degradation of THC into CBN is often described as creating a sedative effect, known as a “couch lock.”

A non-psychoactive cannabinoid, CBG’s antibacterial effects can alter the overall effects of cannabis. CBG is thought to kill or slow bacterial growth, reduce inflammation, (particularly in its acidic CBGA form,) inhibit cell growth in tumor/cancer cells, and promote bone growth. It acts as a low-affinity antagonist at the CB1 receptor. CBG pharmacological activity at the CB2 receptor is currently unknown.

CBC is most frequently found in tropical cannabis varieties. CBC is known to relieve pain, reduce inflammation, inhibit cell growth in tumor/cancer cells, and promote bone growth. The effects of CBC appear to be mediated through non-cannabinoid receptor interactions.

THCV is a minor cannabinoid found in only some strains of cannabis. The only structural difference between THCV and THC is the presence of a propyl (3 carbon) group, rather than a pentyl (5 carbon) group, on the molecule. Though this variation may seem subtle, it causes THCV to produce very different effects than THC. These effects include a reduction in panic attacks, suppression of appetite, and the promotion of bone growth. THCV acts as an antagonist at the CB1 receptor and a partial agonist at the CB2 receptor.

Like THCV, CBDV differs from CBD only by the substitution of a pentyl (5 carbon) for a propyl (3 carbon) sidechain. Although research on CBDV is still in its initial stages, recent studies have shown promise for its use in the management of epilepsy. This is due to its action at TRPV1 receptors and modulation of gene expression.

There are many more cannabinoids documented…hundreds…and this is what medical science and research has been working with and showing great results in using the medicinal benefits of cannabis.

You may not realize it, but our bodies and all animals create cannabinoids inside our bodies to regulate systems and organs. These are referred to as endocannabinoids (ECB) and our bodies then use them to help in a host of functions. Medical cannabis and CBD is still considered new fields of research but showing great results as we discover more it’s amazing benefits.

The Endocannabinoid System (ECS), CBD and The Human Body

One of the major upsides of medicinal cannabis, alongside the catalogue of therapeutic benefits that can come with it, is that it’s virtually impossible to fatally overdose.

As general knowledge around medicinal cannabis gradually increases, this is something that’s becoming more commonly understood. What you may not realise, however, is that this follows from the fact that the human body actually produces its own endogenous cannabinoids: natural equivalents of the compounds found in the cannabis plant, such as THC (tetrahydrocannabinol) and CBD (cannabidiol).

These endogenous cannabinoids or endocannabinoids (‘endo’ means ‘from within’) tap into what has been termed the endocannabinoid system (ECS), which plays an essential role in the body’s ability to interact with the cannabis plant, and, in turn, the effectiveness of cannabis as medicine.

First identified in the late 1980s, the ECS is one of the most crucial physiologic systems at play in establishing and maintaining human health, and is responsible for modulating every other body system from the bones to the central nervous system.

Endocannabinoids are not just present in humans, either, but are found in all animals and fish — with insects the only exception.

Without it, we wouldn’t get the therapeutic benefits from cannabis.

Thanks for reading the document! We are continually updating this information so stay tuned for more!