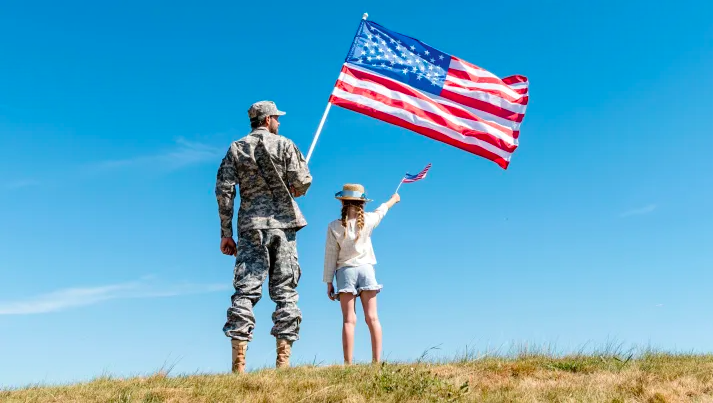 The United States House of Representatives approved an amendment that would allow members of the military to use hemp products and its derivatives, including CBD.

“The Secretary of Defense may not prohibit, on the basis of a product containing hemp or any ingredient derived from hemp, the possession, use, or consumption of such product by a member of the Armed Forces,” the amendment says, as long as the crop meets the federal definition of hemp and that “such possession, use, or consumption is in compliance with applicable Federal, State, and local law.”

Although hemp became legal in the U.S. with the passage of the 2018 Farm Bill, the Department of Defense introduced a ban on CBD and other hemp products for service members in February, when they announced a policy barring all active and reserve service members from using hemp products, including CBD. The memo acknowledged that hemp was legalized, but it said the risk of exposure to products potentially containing excess THC is too great and possesses “a serious risk to the viability of the military drug testing program.”

If Gabbard’s amendment makes it to the final bill and secures approval from the Senate, it would reverse the Department of Defense’s policy that makes CBD use in the military a crime. As a military veteran herself, Gabbard is hoping that her amendment will help service men and women suffering from insomnia, chronic pain and PTSD find more natural treatment options than prescription drugs.

In her statement, Tulsi Gabbard said: “Hemp products provide a form of treatment that serves as an alternative option for those who would rather pursue natural remedies rather than prescription drugs. This amendment passed with strong bipartisan support, ensuring our service members have access to the same over-the-counter products that Americans all across the country benefit from today.”

While Gabbard’s amendment has been attached to the House version of the NDAA, it remains to be seen whether any cannabis policy reform provisions will make it into the Senate version. 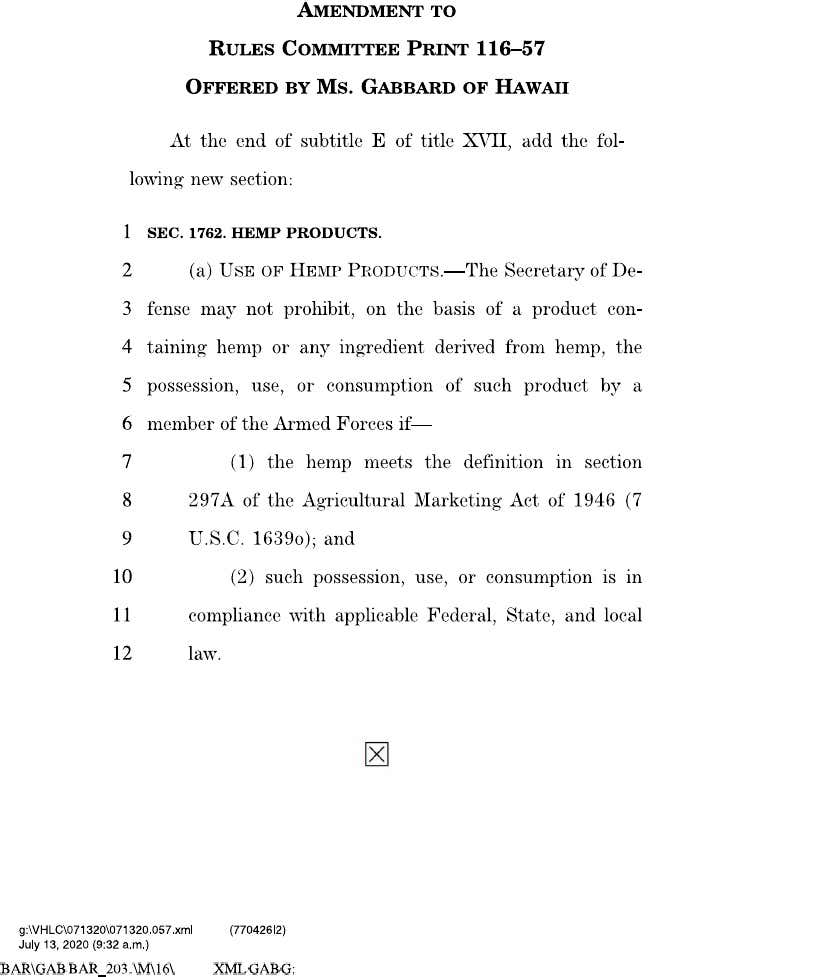